Next week, my servers are migrating.

So if ThoughtStorms or the Synaesmedia site or anything else by me is down, don't panic. They should be up again shortly.
Postado por Composing às 12:26 AM No comments:

Fifteen People is a blog about listening to and writing about every Momus album.

Naturally, fanboi that I am, I'm diving in to give my own opinions and responses in the comments.
Postado por Composing às 1:40 AM No comments:

Andy Weatherall has died. At only 56.

He was one of the greatest of the 90s.


Dub, gypsy, cosmic ... all in one amazing track. Thought it was one of the most transcendent awesome things I ever heard at the time. So good.

The whole Haunted Dancehall album was so good.

I sometimes say it was the original dubstep album. Not because it exactly sounds like dubstep, but has the same feel as something like Burial.

The beginning ... just pissing around with a flanger. But it sounded so radical

Allegedly the In the Nursery version of Haunted Dancehall is on the playlist for Radio 1 to play when the Queen dies.
Though it's more suitable now :

Stay Down. Big soundtrack for me when I got that.

And I suppose I should include this, because it is awesome. (And produced / mixed by Weatherall)

The time is now

I gave a workshop in December on writing music sketches for Android devices in Processing.

And in preparing it, I discovered that there's a new audio library that's standard in Processing 3.0, called Sound. That works on both desktop and Android apps.

So in the last couple of days I decided to try an experiment.

I got a Processing draft of Gbloink! I'd done a few years ago, that didn't play its own sounds, just sent OSC messages to a PureData patch - which worked but was a faff to set up - and swapped out the OSC messages for playing simple notes using this new Sound library.

Obviously, it's not a sophisticated sound at the moment. And not even as rich and varied as old Windows MIDI from the original Gbloink! which is now 22(!!!) years old.

Nevertheless, it's a promising start. It feels like finally it might be possible to produce a reasonable new version of the program that can run more or less out of the box, and be fun and pleasant to listen to.

I'll be working more on this over the next few months. And on some other "Sound Toys" I've made, that have only ever existed as slightly klunky experimental versions for live use, but weren't packaged for general consumption.

I have a feeling that this year, that will change. And I'll finally have something fun for you all :-)

If you want to try the new Gbloink!, it's currently available for Windows and Linux from this page : http://gbloink.com/play.html

When I find someone with a Mac who can make the Mac download, I'll make that too. And, obviously, I'll be working on getting it onto Android. That's the real holy grail of this.
Postado por Composing às 1:49 AM No comments: 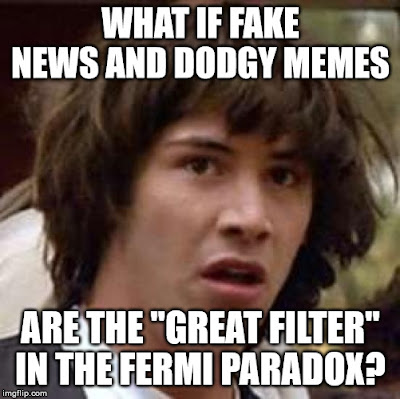