Talented Friend Watch #19 : Clemira and Vitor of the Serra Bonita nature reserve (where this photo was taken), will be participating in, and getting an award from, the National Geographic Fourth Annual Symposium this year. 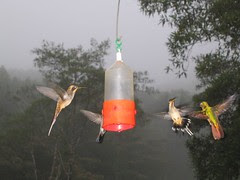 History of Rap in Brasilia, over the last (erm?) 50 years.

So far seems to start with 80s b-boys, more or less like everywhere else. Nevrtheless, if you want to catch some obscure, old-skool Brasilian hiphop, listen to this documentary.
Postado por Composing às 2:51 PM No comments:

I mean, really, even at things it should be good at.

a) change country for my Google AdSense account?
b) top-up my mobile phone online without registering my credit-card details and waiting 7 days (eg. via PayPal)
c) even just top-up my mobile phone directly with a credit card rather than register the card first?
c) change the country of my PayPal account?
Postado por Composing às 8:21 AM 1 comment:

Email ThisBlogThis!Share to TwitterShare to FacebookShare to Pinterest
Marcadores: rant

Really enjoying some of these. And his Yoga loops too.
Postado por Composing às 8:51 AM 1 comment:

Email ThisBlogThis!Share to TwitterShare to FacebookShare to Pinterest
Marcadores: biotech
I've now uploaded 11 "sets" to SoundCloud. Here's a selection of tracks, one from each.

One From Each by Mentufacturer
Postado por Composing às 5:30 PM No comments:

The New Science of Metagenomics

God knows when I get time to skim read through them. But they both look good.

The main reason I'm linking them here is that I heard about them both via unorthodox means. The metagenomics one was recommended by Stewart Brand in his book Whole Earth Discipline, the Fourth Paradigm in a podcast I was listening to today.
Postado por Composing às 7:29 PM No comments:

Email ThisBlogThis!Share to TwitterShare to FacebookShare to Pinterest
Marcadores: biomimicry, RobotInsects, robots
Wow! So there's iron in Clegg's soul after all!

Putting the pressure on the Tories
Postado por Composing às 3:35 PM No comments:

Shadow foreign secretary William Hague said they agreed economic stability would be key to any agreement.

Remember "economic stability" is a code-word here for, "reassuring the markets" (because who else out there is creating instability *except* the markets?)

This, in turn, means, "demonstrating to lenders that repaying them takes priority over taking care of British citizens" which, in its own turn, means "making dramatic, theatrically visible, cuts to government services".

For the Lib Dems to agree that economic stability is key, therefore, means for Liberal Democrats agree not to challenge or vote against Tory cuts to public services.

What the Tories are offering, to buy this quiescence isn't clear. They can't really offer Proportional Representation. Even offering a pathway towards it (such as a referendum) is a anathema to the majority of the party.

So, one of three things is about to happen :

a) the Tories are going to sucker the Lib Dems. They'll tell something to Clegg that he thinks is genuine progression towards PR. But then find a way to avoid delivering it.

b) Clegg is going to wimp-out. He's going to, knowingly accept, some vacuous promise from Cameron, out of fear of looking obstructive.

c) An attempt to form a Lib / Con coalition is going to fail.

Of course, like everyone else, I have no idea which it will be.
Postado por Composing às 6:58 PM 3 comments:

Here's a cool thing about internet culture. While the politicians plot and the media pontificates on what the electorate really wanted by voting in a hung parliament. Facebook can actually just fill in the missing information.

I'd rather see a Lib/Lab pact than the Tories eviscerating the welfare state (just you watch, Cameron fanbois)

Sadly though, I think that any attempt to make that work is going to be so unpopular (with the media and public) that it will fall apart within weeks.

Better, then, would be Lib Dems not to commit themselves to supporting Tories, but agree to ad-hoc co-operation (just enough to get through the Queen's speech) then joining Labour to block all the really egregious cuts.

Unfortunately, that will take courage, as they'll be accused of uncooperative behaviour at a time of crisis.

(Sorry, I meant "uncooperative behaviour at a time of getting shafted by those same Rating Agencies that failed to understand or warn anyone about the instability and total fucking dishonesty of the CDO market; but nevertheless, and despite being unelected and not disclosing conflicts of interest, think they're the best placed to decide when and how fast the government should repay the debts it incurred cleaning up the mess that the finance sector created.")

I don't suppose the Lib Dems have the courage to stand up to that. (Nor would Labour, either, that's not a partisan point) and so I think we'll get the Lib/Con pact which will focus on pushing spending cuts AND tax cuts through parliament leaving us unable to guarantee even a basic quality of life for the poorest and weakest British citizens.
Postado por Composing às 11:37 AM 1 comment:

Meanwhile, I voted Green for local MP, Green as 1st choice, Labour as 2nd for mayor of Hackney, and 1 green and 2 reds for the local authority.
Postado por Composing às 4:12 PM No comments:

Email ThisBlogThis!Share to TwitterShare to FacebookShare to Pinterest
Marcadores: me composing, music, soundcloud
I'm probably going to vote Green tomorrow. (Though I'd vote Lib Dem if I thought they'd get in, and Labour to keep the Tories out. It's very much "Not Voting Conservative (or UKIP/BNP) day".)

If you live in Brighton, you have a real chance of voting Green and winning. :-)
Postado por Composing às 10:59 PM No comments:

Email ThisBlogThis!Share to TwitterShare to FacebookShare to Pinterest
Marcadores: green party, politics
So why shouldn't Greece just default on its debt? Anyone want to make the case?

Update : worth reading Bill Seitz's link (in the comments) and this.

What's utterly clear is that, however they've managed it, the financial community have contrived to speculate with the world's wealth for the last few years, awarding themselves huge pay-offs when they hit the jackpot. When, however, the whole edifice finally comes crashing down, they cry to their governments for bail-outs while the bond markets pressure the politicians of the wealthy countries to pressurize the politicians of the poorer countries to push the pain onto the most vulnerable and needy members of their society.

It is Greek pensioners, the sick and the unemployed who will suffer the worst of the downside of the austerity measures that were voted through today. Yet it was the elites of these countries which borrowed the money and enjoyed its benefits. And it is the foreign lenders (those who allegedly bear the risk), that are guaranteed to be repaid, thanks to the IMF, EU and Greek government.

There's nothing new here. It's the old logic of capitalism playing out yet again (as it has in Asia and Latin America, Russia and Eastern Europe for the last two decades). Maybe its coming for all of us in Europe now.
Postado por Composing às 11:34 AM 2 comments: