Impressive! The true size of Africa. 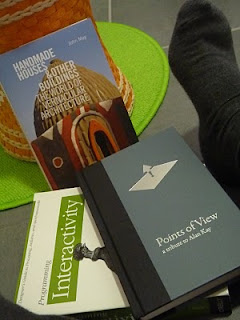 I'm a big fan of Alan Kay (inventor of Object Oriented programming, and general interesting thinker) so I bought the Points of View book.

Here's a question that will become relevant now I'm at art college : am I a visual artist?

Looking at my monster stickers I realize that they're visually fairly slapdash. Sizes, shapes, colours are random. I didn't spend much time worrying about exactly how they would look.

Frankly, I don't care. Jesson Yip suggests that I try to use restricted palettes rather than the current garish cacophony of colours. And, although, in a sense, I like the childish hues of the designer toy world, I'm sure his muted tones would look great too.

And if someone wants to hack the program to produce grey-scale, gothic monsters, ready for Halloween, then I'd be equally happy with that. 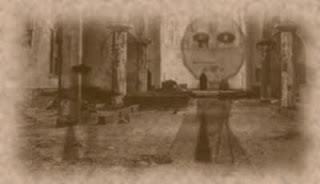 But ultimately, I don't feel particularly energized to spend much time fiddling with the look.

And here's the real issue. I don't really care because, to me, the idea of the interactivity is what matters. The fact that you run the program, print the stickers, go and stick them somewhere. This is the art work.

However, now I wonder. This making a distinction between the process (eg. encoded in the software, the activity of the audience) and the final product is natural for the computer geek. It's what we do every day : distinguish our program (with which we can be well satisfied) from the customer's data.

But it is completely alien to the artist, for who the finished product is the end to which everything else is mere means. Does my attitude betray, in fact, that I'm too much the computer geek and not enough the artist?

We often laugh (or weep) at the graphic designer or customer who seems more obsessed by the colour or font used in the user-interface than our grand feats of architecture that actually made the system work at all. But is the designer or artist naive as we would normally assume? Or simply someone for who this distinction between process and the final result is invalid?

OrangeCone on the "LAN of things"

Email ThisBlogThis!Share to TwitterShare to FacebookShare to Pinterest
Marcadores: bullingdon boys, politics, tories
How to organize a secret festival.
Postado por Composing às 5:20 AM No comments: 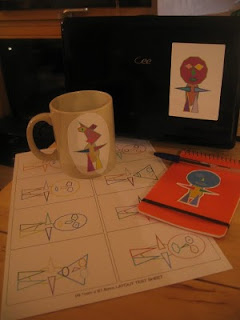 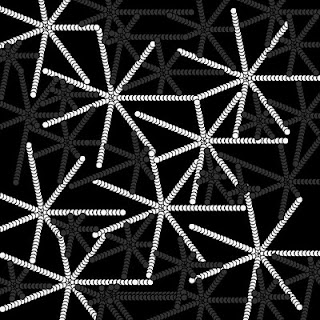 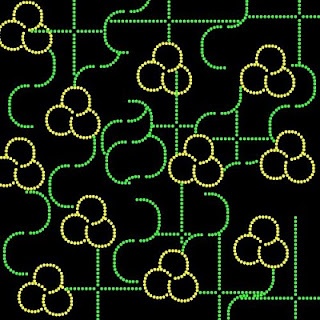 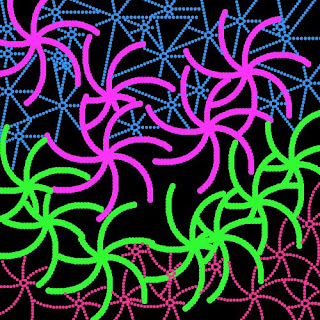 Pictures made with FlowerBrush (an exercise for my course)
Postado por Composing às 8:07 PM No comments:

Brilliant bit of alt.energy research. Cracking water directly into hydrogen and oxygen in a fuel cell.

Hope there's some story for disposing of it all though. :-(
Postado por Composing às 5:41 PM No comments:

Email ThisBlogThis!Share to TwitterShare to FacebookShare to Pinterest
Marcadores: cradle 2 cradle, electronics
Of course, as an artist, I may also be pursuing beauty, truth, the sublime and the quality without a name ...
Postado por Composing às 12:00 PM 1 comment:

Email ThisBlogThis!Share to TwitterShare to FacebookShare to Pinterest
Marcadores: art, me composing, philosophy, philosophy of art

What's up with Phil? A quick blurst of news.

It's a long story I may go into later, but I got kind of burned-out working on the last project I was on. So I decided to take some time off and apply to go back to university. I'm now at Goldsmiths college in London, doing the MFA in Computational Studio Arts.

This is quite a departure for me. I've tried being a scientist (but really don't have the attention to detail and statistical rigour for it), hung out with philosophers (and felt tempted by philosophy), and married an artist. But I've never thought of myself as *being* an artist. Or even *wanting* to be an artist. (Despite all the music I make.) I'm not sure I do now. There's still some puritan part of my brain which finds the whole thing rather self-indulgent and disreputable.

a) the idea of being a "craftsman". That is, an expert maker of things.

b) the idea of artist as self-directed "gift-giver"; that is, someone who's work is inspired by what they want to give to the world rather than reacting to commission.

Of course, the world is full of programmers who say "I'm looking for a job where I can write what I want instead of having the pointy haired boss telling me what to do."

Well, artists are effectively living that dream. (Though, naturally, having to cope with the financial constraints that inevitably follow.)

So part of what I'm looking for on this course, is to stretch that part of me. Not so much the part which makes stuff up, which is fairly extended anyway, but the part which turns vague dreams into real things. A lot of it is to do with observing and modifying my own attitude and values. Even getting a bit more disreputable if it helps me push things forward ;-).

Inevitably the course is starting with some "learn to program for artists" type courses. Which aren't exactly an issue for me at the moment. But we're getting shown some nice graphics and sound related tools like Processing and openFrameworks (the latter of which I hadn't seen before).

And, soon, we'll start working with multi-touch, audio processing, and what Goldsmiths call "Physical Computing" which is all the magical, device-swarm, circuit bending electronics stuff. This is something I've wanted to get down to for a while, but haven't had the structure or time. I hope this course will give this to me. And if all goes according to plan, some of my device ideas may become reality.

Meanwhile, you can look at my ongoing course sketch-book (starting with Processing sketches.) I'll keep using this blog as my main "artistic" blog. So expect to see more art and music appearing here. I'll also use ThoughtStorms for further notes and ideas. And any swarm music I make will probably also find its way to the Gbloink site.
Postado por Composing às 8:00 PM No comments:

Lots of his other essays are worth a read too.
Postado por Composing às 7:04 PM No comments:

John Hagel nails The Social Network as a netocratic text.

The movie reeks of obsession with status. It is set largely on the Harvard campus where, for many, status is everything. Of course, simply being a student at Harvard is a mark of status. This becomes clear from the first scene when Mark Zuckerberg’s girlfriend from Boston University is made painfully aware that Harvard is better. But Harvard students are themselves made aware that there is a deeper hierarchy even at this pinnacle – real status is being “punched” to join one of the elite and very private social clubs at Harvard, and there is a pronounced hierarchy even among and within these clubs.

Email ThisBlogThis!Share to TwitterShare to FacebookShare to Pinterest
Marcadores: I like, music
In Love With A New Concept 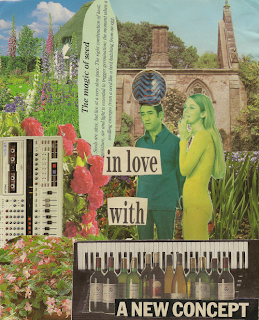 Email ThisBlogThis!Share to TwitterShare to FacebookShare to Pinterest
Marcadores: art, collage, me composing

Vinay : We have everything we need, but not for this.
Postado por Composing às 10:23 AM No comments: 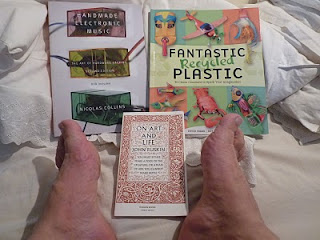 As always, suggestions as to connections between the books pictured are solicited in the comments.
Postado por Composing às 1:32 PM No comments: