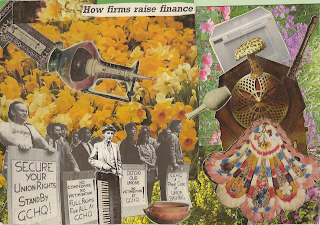 The war against WikiLeaks.
Postado por Composing às 10:04 AM No comments:

Email ThisBlogThis!Share to TwitterShare to FacebookShare to Pinterest
Marcadores: wikileaks

Interesting. I just made a micro-loan to someone in Nicaragua via Kiva and saw a warning about the No Pago movement.

Got some details here and here.

I'm clearly not usuring at this point. I'm not making any profit off my micro-loans. So that's no justification for not repaying me!!! ;-)

It's possible that the partners are. Don't know if Kiva allows or controls this. 28% does sound pretty high.

Here's an issue (from that second link) :

It’s now commonplace for people to take out a loan from one MFI [Micro Finance Initiative], fall into arrears and then go to another one and another, bailing themselves out of debt with one by getting into debt with two more. This phenomenon is generalizing because while a micro-financing operation may evaluate that a person has the capacity to pay, it might not be able to learn whether that client has other creditors, so its evaluation is inadvertently inadequate. For example, we had a woman in ASOMIF who was a kite maker and seemed to be doing very well, but in the end got in debt with all 19 of our affiliates

Quoted in the first link :

Many loan officers were incentivized based on the growth of their portfolio alone.

In other words, micro-finance as "sub-prime mortgage".

I've tended to feel sympathetic to Daniel Ortega. I'll be disappointed if this really is cynical patronage-politics.

Overall, micro-finance is clearly now big and influential enough to attract carpetbaggers : unscrupulous lenders, attacks from politicians who see it as a rival to their patronage, and even feckless borrowers. I guess that's a sign of success. Even if it means we have to take off the rose-tinted specs. when looking at it.
Postado por Composing às 3:32 PM No comments:

Reasonable tune. But GREAT video this time. (A few months ago I was pretty down on N.A.S.A but this is fantastic.)

A Mori poll in 2002 revealed that more than a third of the country believed there were too many immigrants. It's not difficult to see why. The public's mean estimation of the proportion of immigrants in Britain is 23%; the actual figure was around 4%. If you walked around thinking everything was six times larger than it actually was you would find most things scary.

Poverty. The result of the banking crisis may well be poverty. But it is not the first poverty to exist in the world. Think about it.

Toynbee has the grim perspective.
Postado por Composing às 7:35 AM No comments:

Big welfare states, then, are not only not a cause of high public debt, but are in fact a counterweight to them. 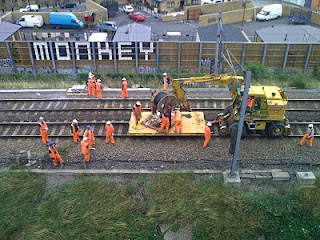 Meanwhile, arguments from deniers keep getting knocked down, to the point where one must conclude that there really are only two types of denier: those who are paid by industry to spread misinformation in attempts to confuse the public, which is criminal, and those who are unable to see the evidence staring them in the face and who still cling to arguments that one minute with Google would dispel, which is pathetic and stupid.

The latest blow to the deniers came when the U.S. Environmental Protection Agency examined in detail 10 petitions challenging its 2009 finding that climate change is endangering the planet, that it is largely caused by burning fossil fuels, and that it threatens human health and the environment.

In every case, the EPA found that the petitions misinterpreted data, contained outright false claims, and included exaggerated charges.

"The endangerment finding is based on years of science from the U.S. and around the world," said EPA administrator Lisa P. Jackson. "These petitions - based as they are on selectively edited, out-of-context data and a manufactured controversy - provide no evidence to undermine our determination. Excess greenhouse gases are a threat to our health and welfare."

Worth reading the EPA's decision here.
Postado por Composing às 7:59 AM No comments:

Email ThisBlogThis!Share to TwitterShare to FacebookShare to Pinterest
Marcadores: hauntology
Lot going on in life at the moment ... big changes coming.

Keep you all posted ...
Postado por Composing às 5:49 AM No comments: