This is so beautiful : micro-labs could be driven by music.
Postado por Composing às 6:03 AM 2 comments: 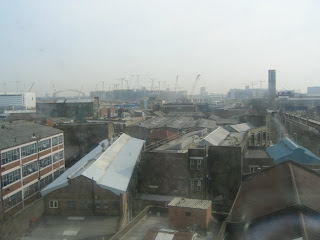 It should be a source of national pride that Britain is thought a desirable destination by refugees, who have throughout history enriched the countries that welcome them. Instead, people who turn to us for help are vilified and punished for asking. It must also be possible to distinguish humanely between real and false claims to refugee status. The investment required is not financial, but political. It requires a leader who will look at the current system and say plainly what is there: cruelty, injustice and shame throughout.

It doesn't matter how sane something is, you can always find someone to be against it.
Postado por Composing às 6:37 PM No comments:

Email ThisBlogThis!Share to TwitterShare to FacebookShare to Pinterest
Marcadores: always-on panopticon, ecology, politics, smart meters
People seem to be raving about Aline Frazao, who comes from Angola but sounds Brazilian.

I'm on a major Brazilian tip since coming back to the UK (go figure), so I've been enjoying this. But what I'm really intrigued by is, if she becomes a meme in the dubstep corner of the blogosphere, will someone start sampling and remixing her?
Postado por Composing às 2:11 PM No comments:

Yesterday in the Guardian Peter Preston called for a prophet to lead us out of the wilderness. "We need one passionate, persuasive scientist who can connect and convince … We need to be taught to believe by a true believer." Would it work? No. Look at the hatred and derision the passionate and persuasive Al Gore attracts. The problem is not only that most climate scientists can speak no recognisable human language, but also the expectation that people are amenable to persuasion.

In 2008 the Washington Post summarised recent psychological research on misinformation. This shows that in some cases debunking a false story can increase the number of people who believe it. In one study, 34% of conservatives who were told about the Bush government's claims that Iraq had weapons of mass destruction were inclined to believe them. But among those who were shown that the government's claims were later comprehensively refuted by the Duelfer report, 64% ended up believing that Iraq had weapons of mass destruction.

Normblog worries that Monbiot goes "too far" in that :

That people are sometimes resistant to being persuaded of what is true (when it is indeed true) is readily observable. But a theory purporting to explain why they must be resistant to persuasion is something else. It risks opening on to suggestions of an alternative method of 'winning' them over. There is no democratically acceptable alternative method. Sometimes you can persuade people, other times not. Welcome to the real world.

But there's more to be said than that. Daily, science is going to turn out evidence of human decision making being irrational : affected by unconscious environmental cues, learned associations, chemical triggers, partisan feelings etc. Yet our belief in democracy is fundamentally, philosophically, committed to humans as rational and free decision makers. What should we do when this commitment becomes scientifically untenable?

Will this, itself, become a reason for politicians to reject science? To deny the results of psychological research in favour of an unjustifiable faith in human agency? Will someone come up with a philosophical compatibilism? (As in "don't worry, decisions are still free and rational even though we can now see their causes"? But how sustainable will this be as we also discover better ways to manipulate beliefs?)

We have always sought to persuade. Sometimes we succeed. And sometimes we don't. But what happens when it becomes clear that persuasive power is mere "engineering", available to the highest bidder?
Postado por Composing às 6:48 PM 3 comments:

This looks pretty good. A chance to directly fund the cancer research projects that interest you.

An example of magical thinking / user-interface that I didn't notice before :

We are about to study the idea of a computational process. Computational processes are abstract beings that inhabit computers. As they evolve, processes manipulate other abstract things called data. The evolution of a process is directed by a pattern of rules called a program. People create programs to direct processes. In effect, we conjure the spirits of the computer with our spells.