FORT MEADE, Md.—The swift and brutal verdict read out by Army Col. Judge Denise Lind in sentencing Pfc. Bradley Manning to 35 years in prison means we have become a nation run by gangsters. It signals the inversion of our moral and legal order, the death of an independent media, and the open and flagrant misuse of the law to prevent any oversight or investigation of official abuses of power, including war crimes. The passivity of most of the nation’s citizens—the most spied upon, monitored and controlled population in human history—to the judicial lynching of Manning means they will be next. There are no institutional mechanisms left to halt the shredding of our most fundamental civil liberties, including habeas corpus and due process, or to prevent pre-emptive war, the assassination of U.S. citizens by the government and the complete obliteration of privacy.

Wednesday’s sentencing marks one of the most important watersheds in U.S. history. It marks the day when the state formally declared that all who name and expose its crimes will become political prisoners or be forced, like Edward Snowden, and perhaps Glenn Greenwald, to spend the rest of their lives in exile. It marks the day when the country dropped all pretense of democracy, obliterated checks and balances under the separation of powers and rejected the rule of law. It marks the removal of the mask of democracy, already a fiction, and its replacement with the ugly, naked visage of corporate totalitarianism. State power is to be, from now on, unchecked, unfettered and unregulated. And those who do not accept unlimited state power, always the road to tyranny, will be ruthlessly persecuted. On Wednesday we became vassals. As I watched the burly guards hustle Manning out of a military courtroom at Fort Meade after the two-minute sentencing, as I listened to half a dozen of his supporters shout to him, “We’ll keep fighting for you, Bradley! You’re our hero!” I realized that our nation has become a vast penal colony.

If we actually had a functioning judicial system and an independent press, Manning would have been a witness for the prosecution against the war criminals he helped expose. He would not have been headed, bound and shackled, to the military prison at Fort Leavenworth, Kan. His testimony would have ensured that those who waged illegal war, tortured, lied to the public, monitored our electronic communications and ordered the gunning down of unarmed civilians in Iraq, Afghanistan, Pakistan and Yemen were sent to Fort Leavenworth’s cells. If we had a functioning judiciary the hundreds of rapes and murders Manning made public would be investigated. The officials and generals who lied to us when they said they did not keep a record of civilian dead would be held to account for the 109,032 “violent deaths” in Iraq, including those of 66,081 civilians. The pilots in the “Collateral Murder” video, which showed the helicopter attack on unarmed civilians in Baghdad that left nine dead, including two Reuters journalists, would be court-martialed.

The message that Manning’s sentence, the longest in U.S. history for the leaking of classified information to the press, sends to the rest of the world is disturbing. It says to the mothers and fathers who have lost children in drone strikes and air attacks, to the families grieving over innocent relatives killed by U.S. forces, that their suffering means nothing to us. It says we will continue to murder and to wage imperial wars that consume hundreds of thousands of civilian lives with no accountability. And it says that as a country we despise those within our midst who have the moral courage to make such crimes public.

There are strict rules now in our American penal colony. If we remain supine, if we permit ourselves to be passively stripped of all political power and voice, if we refuse to resist as we are incrementally reduced to poverty and the natural world is senselessly exploited and destroyed by corporate oligarchs, we will have the dubious freedom to wander among the ruins of the empire, to be diverted by tawdry spectacles and to consume the crass products marketed to us. But if we speak up, if we name what is being done to us and done in our name to others, we will become, like Manning, Julian Assange and Snowden, prey for the vast security and surveillance apparatus. And we will, if we effectively resist, go to prison or be forced to flee.

Manning from the start was subjected to a kangaroo trial. His lawyers were never permitted to mount a credible defense. They were left only to beg for mercy. Under the military code of conduct and international law, the soldier had a moral and legal obligation to report the war crimes he witnessed. But this argument was ruled off-limits. The troves of documents that Manning transmitted to WikiLeaks in February 2010—known as the Iraq and Afghanistan “War Logs”—which exposed numerous war crimes and instances of government dishonesty, were barred from being presented. And it was accepted in the courtroom, without any evidence, that Manning’s release of the documents had harmed U.S. security and endangered U.S. citizens. A realistic defense was not possible. It never is in any state show trial.

I'm a big fan of Elaine Morgan. And I'm inclined to buy the Aquatic Ape Hypothesis from her.

I know that there are some questionable elements, but I've never been able to understand why the speculations and holes it contains are any worse than equivalently speculative "just-so" stories and holes in the mainstream Savannah theories or which Evolutionary Psychology is riddled with. No-one has highly accurate data about what was going on then, particularly not about behaviour, and everyone is filling in the blanks with the conjectures that seem most plausible to them. None of the arguments I've seen against AAH, seem definitive enough to justify the sneering that critics seem to delight in.

Reading the obituaries, I found my way to a terrible article in The Guardian.


She insisted that the savannah hypothesis failed because it couldn't account for the survival of females. Abandoned by the hunters out tracking game, fending for herself and her children, a female alone on the plains would inevitably become dinner herself.

Morgan absolutely DID NOT say that Tarzanist evolutionary theory was flawed because it ignored the plight of the poor female ape, unable to defend herself from the big lions while the strong male defenders were out hunting. This is a travesty of her point; an absolutely witless reading of the argument. Yes, she talked about the problem facing the human-ancestor on the savannah. And yes, she used the female pronoun. But NOT to imply that this was only about the female. Because she was deliberately using the female pronoun to talk about proto-humans in general to challenge the use of the male as the generic.

Surely someone at The Guardian should have picked this up.

In fact, the whole point of the article, to damn Morgan with faint praise (even if she was wrong scientifically she's interesting as an example of the challenges of feminist science), is flawed. AAH may or may not be right. But it's a perfectly strong and valid contender for being right. Much of the carping against it is based purely on its "form" (ie. coming from an outsider).

Morgan is no different from the lionised pop-science writers of today like Malcolm Gladwell, James Gleick or Nassim Nicholas Taleb who also push their own idiosyncratic scientific understandings to tell compelling stories that help illuminate our understanding of the world. Of course such stories sometimes simplify. Of course they assert ideas that may be under dispute as certainties. But that's fine. Such stories are still our best popular understanding of the topic.

Feminism, in Elaine Morgan, is NOT scientifically problematic. And her "pop" is no more problematic than it is for dozens of important thinkers today.
Postado por Composing às 5:04 PM No comments:

Corry Doctorow pushes back on Sterling's assertion that digital civil-rights activists were simply naive or ineffectual in the face of US government spying.

He's right, though I think he's taking it all rather literally, when Sterling clearly wants to just be a bit acerbicly humerous and cynical about this world / story. (Which is understandable since Sterling has been reporting and hanging out in this world for 30 years.) But maybe Doctorow is right to remind us that and we shouldn't let ourselves fall into that state.
Postado por Composing às 4:35 AM No comments: 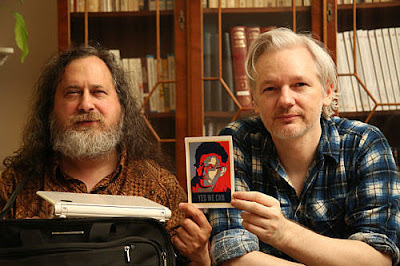 As usual, it's all terribly witty and cynical with flashes of extreme futurological profundity.
Postado por Composing às 12:56 PM No comments: 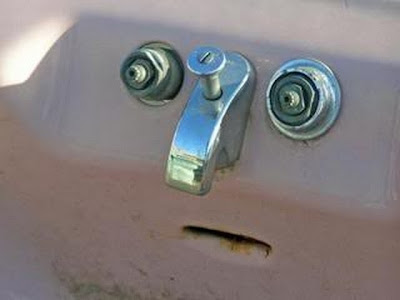