Not surprising, but kind of sends shivers down your spine doesn't it.
Postado por Composing às 8:31 PM No comments:

We just watched it in class today and I ended up screaming at my colleagues. I was furious with it and with them for following it. I think I even used the word "dishonest" which got me an arch look from the tutor.

Now I've just got off an hour on the phone bitching about it with my friend who's another systems theorist / cybernetics fanboi.

Anyway, something that got under my skin that badly must be doing something right. Yes, there are questions to be asked about what assumptions have historically gone into systems theory. There are definitely issues with how it's been applied and put to work politically. Yes, there are things to think about when you deny that power exists (Tyranny of Structurelessness etc.)

I still hate it. But I think it's good for me to be forced to work through a response.
Postado por Composing às 7:28 PM 5 comments:

Even more opportunities for you all to waste your time.
Postado por Composing às 7:52 PM No comments:

Email ThisBlogThis!Share to TwitterShare to FacebookShare to Pinterest
Marcadores: hauntology Via another new blogroll member : ynohtna.
Postado por Composing às 8:13 AM No comments:

Email ThisBlogThis!Share to TwitterShare to FacebookShare to Pinterest
Marcadores: humour, music
Amazing, I just discovered that Alexander Bard (of Netocracy fame) is blogging.

Bonus link : my paper from a couple of years ago is still (I believe) a great intro to what Netocracy is about.
Postado por Composing às 7:53 AM No comments:

Update : this is excellent. (Though there might be an issue when you get to higher than two dimensions.)
Postado por Composing às 8:06 PM No comments:

Email ThisBlogThis!Share to TwitterShare to FacebookShare to Pinterest
Marcadores: games, me composing, robots 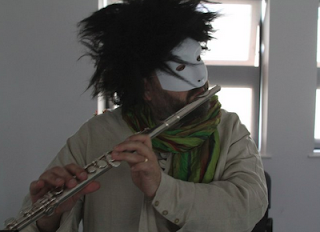 A trial could be cathartic and that is dangerous. It would reveal the gap between demonization and reality. It would also deflate the fear bubble. Fear was/is so useful in making the defense and homeland security dollars flow (at levels beyond reason) and perpetuating the government's emergency powers.

A civil liberties lawyer observed by email to me last night that now that Obama has massive political capital and invulnerable Tough-on-Terror credentials firmly in place, there are no more political excuses for what he does (i.e., he didn't really want to do that, but he had to in order not to be vulnerable to GOP political attacks that he's Weak). In the wake of the bin Laden killing, he's able to do whatever he wants now -- ratchet down the aggression or accelerate it -- and his real face will be revealed by his choices (for those with doubts about what that real face is). Yesterday's attempt to exterminate an American citizen who has long been on his hit list -- far from any battlefield, not during combat, and without even a pretense of due process -- is likely to be but a first step in that direction.

Email ThisBlogThis!Share to TwitterShare to FacebookShare to Pinterest
Marcadores: politics, us

Well, if you were the President, would you have killed Bin Laden in the middle of the revolutions in the Middle East? Wouldn't have been very good timing. Might have hit the reset button on all that. Much better to let it run its course. Bin Laden wasn't going anywhere. Not with the Pakistanis having him so well controlled.

Bin Laden knew it was over for a long long time. According to reports he didn't leave the compound for five years. He probably couldn't get out if he wanted to. He didn't have Internet or phone service. His only connection to the rest of the world was through a courier, and we knew all about that. Did Bin Laden know we knew? I think so. And there was nothing he could do about it. The man was cornered. And he was that way for a long time.

Using an Occam's Razor approach, the deal he had with the Pakistanis and the US probably went something like this. As long as there are no major acts of terrorism in the west, and as long as we don't need you to die for some greater political purpose, you get to live. But you have to stay confined to this prison, with one wife and a few kids, a vegetable garden and reefer. Bin Laden's life was a chip that could be cashed in for political gain when needed. On Monday the clock ran out for him.

Not sure I believe it. But thought provoking, none the less.
Postado por Composing às 1:50 PM No comments:

I'm trying to think of something interesting to say about Osama Bin Laden.

His death ought to be a momentous occasion but I'm not sure I have much to add. I guess I admit that I am surprised. I think I would have bet that he'd be able to manage to avoid capture for the rest of his life. So as a demonstration of the US's operational ability and capacity to project its power anywhere in the world it's an important fact.

I think I'd also say that if anyone, ever, "had it coming to him" it was Bin Laden. This is a man who dedicated half his life to stirring up a war between Islam and the "Western" (Christian / Liberal Democratic / Capitalist) powers, with some hope of cruelly damaging the US, if not destroying it outright. It was inevitable that the US was going to react against him. It was a war Bin Laden freely chose. (And I suppose didn't regret.)

That isn't to say that I think any any attempt to make war on, or destroy the US, deserves death. I think there can be legitimate reasons for such an action; motivated by the hope of putting something better in its place.

But those causes that I believe motivated Bin Laden (a desire to expel infidel US troops from the Arabian Holy Land, outrage at the pernicious influence of Western values on the Islamic world) were not ones I would support or condone. (There's an issue with the Western powers' support for the repressive regime in Saudi Arabia, but we have little reason to think Bin Laden represented the kind of progressive alternative that we'd want.)

So what follows? Is it "over"?

In one sense, it clearly isn't. I follow John Robb's general analysis of the "bazaar of violence" and not a "great man" view of history. In this analysis, Bin Laden played the role of the "venture" terrorist, investing in, and retrospectively giving a stamp of approval to, the terrorist actions of others. He wasn't operationally involved, and rarely the prime mover of such plots. He may even not have been much concerned with strategy except at the most abstract level. He was not no longer a "leader" in the normal sense. Hence, his removal may have little effect on the current operations of al Qaida.

On the other hand. Much of the "War on Terror" propaganda was convenient rhetoric for the politicians of the day to seize and retain more power, hand fat contracts over to their cronies, and accuse their critics of aiding the enemy. They seem keen to push this message that it's not over, undoubtedly because being in a constant state of war is highly convenient for them.

So one must question that. It isn't fully over. But perhaps we should be sceptical of exactly how over it isn't. (If that makes any sense.)

I would suspect that Obama will want to disengage from Afghanistan as quickly as possible now he can claim a real "mission accomplished". There are many reasons to stay, but none as good as the reasons for getting out. And it will be perverse not to take this opportunity. It won't be good for those in Afghanistan hoping for peace or a liberal state. But such promises from the West were always a cruel illusion. NATO troops can deliver neither deep cultural engineering nor economic prosperity to Afghanistan.

What we can and should do, is arbitrarily declare that every woman in Afghanistan is threatened and oppressed. Every woman who wants to leave should be given unconditional asylum in Europe or the US, and receive support from the NATO forces to travel. With luck we can do something useful to help women escape the oppression of a vicious culture, and perhaps the men of Afghanistan may learn to respect what they fear losing.

Guardian analysis plays down Bin Laden's actual achievements. I suspect this profoundly misunderestimates him. Much of the damage done to the US in the last 10 years has been self-inflicted by bad politicians and opportunistic oligarchs. Nevertheless, it was Bin Laden who set the trap and lured the US down this path. Without him there'd have been no invasion of Afghanistan, probably no invasion of Iraq, no Guantanamo Bay, no Abu Ghraib, no descent into the use of torture, no polarisation of the American people, possibly no unmanagable budget deficit (how much money was wasted in Iraq again?), no Tea Party, no blood in the water, smell of American weakness. Bush might have bumbled harmlessly through his presidency like a less charming Boris Johnson.

The US today is far different from the shining beacon of prosperity and moral authority it was in 2000, when all it had to worry about was the odd presidential sex scandal and some irrational exuberance around internet startups.

And Osama Bin Laden was undoubtedly a significant cause of that.

Over on Quora I'm demonstrating my statistical ignorance. Why is the probability of something about which you have no information not 0.5?

Hoping to learn something ...
Postado por Composing às 8:31 AM No comments:

Email ThisBlogThis!Share to TwitterShare to FacebookShare to Pinterest
Marcadores: maths, statistics
Read this FAQ on the UK deficit from No Shock Doctrine.
Postado por Composing às 8:18 AM No comments: